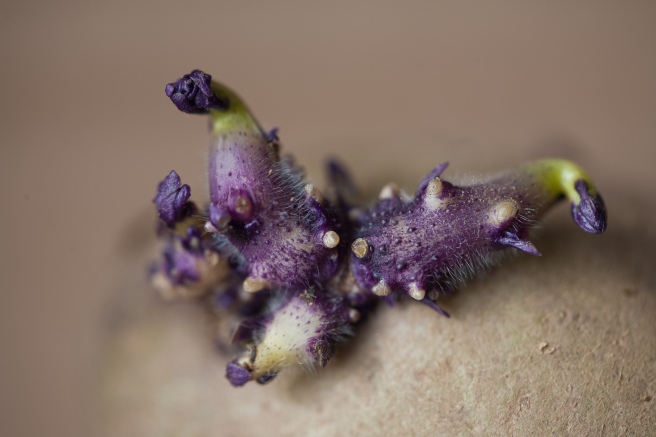 Preparation
The potatoes are chitting away nicely and while they develop knobbly, vivid shoots I’m frantically clearing and digging what will be their enormous bed to grow in. The bed is about 6m x 3.5m which is at least four times the size of what I grew my spuds in last year. The lack of space was probably the reason my Maris Pipers weren’t very big, but the Charlottes were brilliant and so delicious that I’m definitely growing these again.

The weather has been quite pleasant for the last few weeks so I’ve focused my time on preparing the brand new area for the potatoes that was preciously overcrowded  with shrubs, small trees, plum tree suckers and raspberry canes. I’ve moved the raspberry canes, removed the suckers and donated the hazel and willow trees to a neighbour. Those tree stumps were hard work! After a long week of forking and digging it’s all removed and my poor back can have a little rest until the weekend. I just picked up some multi purpose compost to mix into the beds as well as some potato fertiliser that I’ll gently fork through in the next few days.

I keep checking on the seed potato chits and they look as though they are eager to be in the ground. You can even see the start of the leaf buds if you look closely! I do love to look at things through the macro lens of my camera. It opens up a new way of seeing that you wouldn’t usually notice. I mean what normal person would look at an ugly potato chit as close as possible? Sure, they’re pretty gross and strange looking but there’s a lot of beauty and mystery in those knobbly worlds.

Varieties
This year like my chillies, I’ve gone a little crazy and bought quite a few varieties. My excuse being that the bags of seed potatoes were on offer for 3 for 2 or something like that from a local-isn garden centre Bardills in mid-February. I probably (definitely?) won’t have enough room for them all, but I was dying to try something new.

I picked up the following:

I was intrigued by the Anya for its ‘nutty’ flavour – they sure don’t look pretty but I think it’s worth trying something thats not often in the shops and tastes great. I chose Kestrel purely because a lot of allotmenters speak highly of growing them. These I will try in pots  (these 40ltr ones from B&Q) as I won’t have room in the ground!

Traditionally potatoes are planted on Good Friday which happens to be this coming Friday. Since Easter falls very early this year,  I don’t feel too rushed to get the potatoes in the ground. I’ll probably plant in the first few weeks of April, once it warms up a little more as I don’t want to risk loosing them to frost damage. 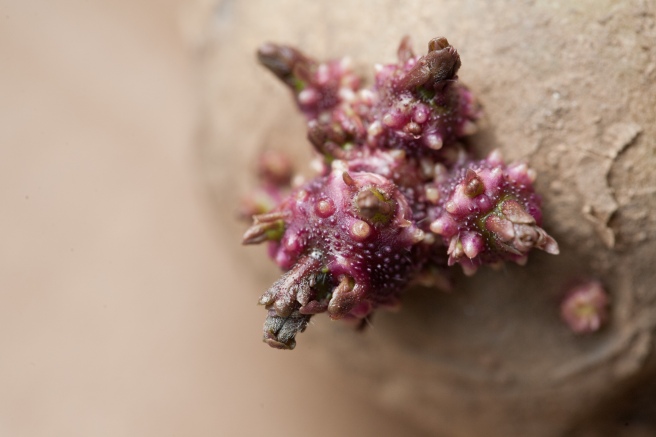 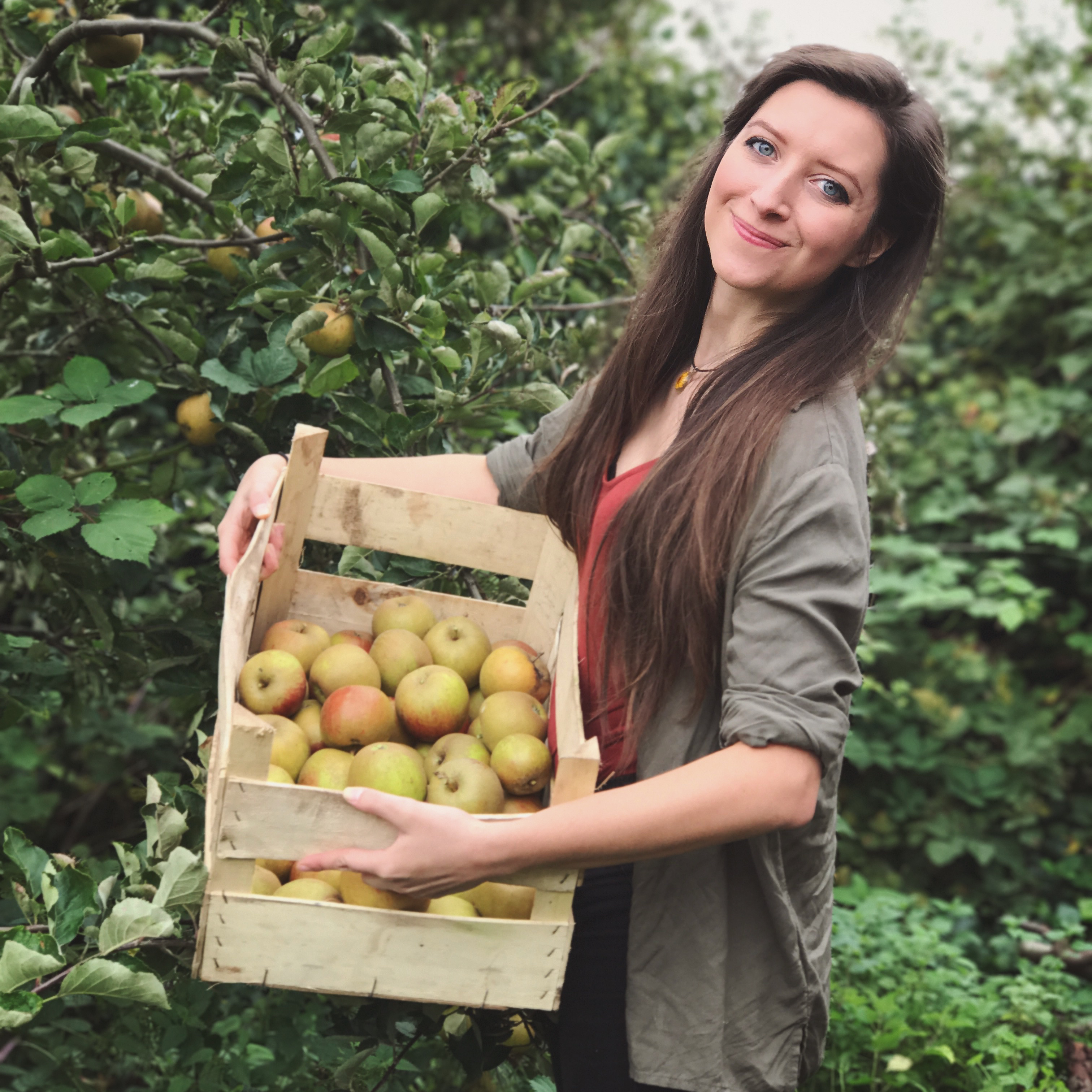