The peas were done for as are my shears by the look of them! Rather than pulling them out, I chopped them at ground level for the roots to slowly nourish the soil with nitrogen.

In its place I tied in the squashes and pumpkins that have been growing beneath the pea supports for a month or two. These are the plants that I didn’t have room for in the main pumpkin patch (which is going crazy by the way). The squashes will grow vertically up the frame, saving space and it should also help prevent mildew and pest damage. It seems to be working well for the cucumbers this year!

I also weeded in between the two supports and threw in some beetroot seeds. It’s probably too late now, but what the hey. 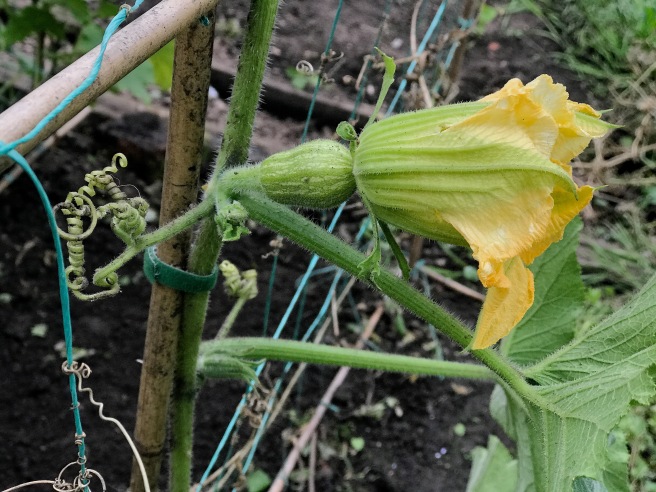